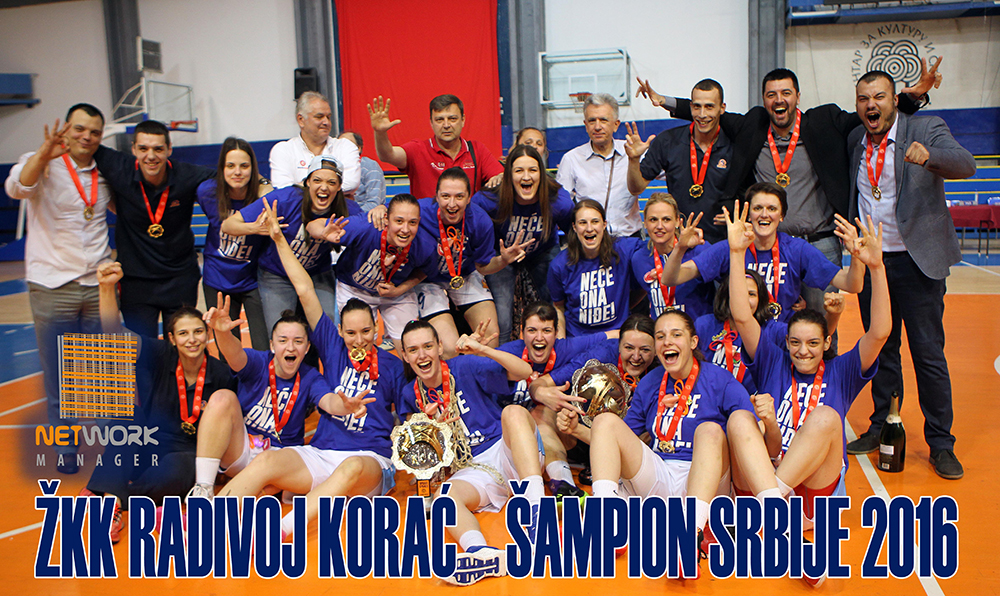 Company NM has take a part in helping winning the title through sponsorship.

This season, in addition to senior titles, woman basketball club have achieved the following results:

Juniors: second of the final tournament championship of Serbia,
Pioneer: Participants of Final Tournament Championship Serbia,
Younger pioneers: Second place in the competition KS Belgrade.
Women basketball club “Radivoj Korac” is the only team in Serbia, which has played finals in all categories and second club in women’s basketball league in the number of girls who are competing.
From the season to season club successes are more and more visible. This matches with the strategy of our company who believes that systematic approach will always give results.